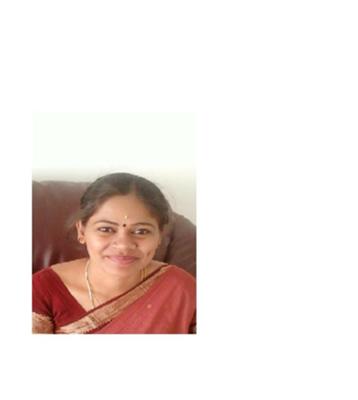 Lifestyle modifications including stress reduction, exercise, and group support, along with a decrease in total energy intake, have had positive results(Galletly et al., 1998).

Calorie intake should be distributed between several meals per day with low intake from snacks and drinks. Use of drugs to either improve insulin sensitivity or to promote weight loss are justified as a short-term measure, and are most likely to be beneficial when used early in combination with diet and exercise (Farshchi et al., 2007).

Nutritional therapy for polycystic ovary syndrome includes, zinc as a lack of this mineral has been shown to increase the production of male hormones. Studies have shown zinc supplementation exerts a beneficial effect on low female fertility.

Vitamin A is necessary for the maintenance of healthy skin and hormonal balance. Research has confirmed that people with severe acne typically have low serum levels of vitamin A and vitamin A supplements cured acne among adolescent women with imbalanced hormonal function (Phillips et al., 2005).

The typical low-fat, high-carbohydrate diet may not be the best choice for an insulin-resistant woman with PCOS. High intakes of carbohydrate, especially refined carbohydrate will cause the body to secrete more insulin to maintain glucose homeostasis.

Flax seed, hemp seed, canola oil and oily fish are great sources of one of the key essential fatty acids. This type of fat is good for heart health and weight reduction, and offers a range of other metabolic health benefits.

Because women with PCOS are believed to be at an increased risk of heart disease, it is recommended that saturated and trans fats be limited in the diet.

Calcium and vitamin D regulation may also contribute to the development of faulty ovarian follicle development in women with PCOS, resulting in reproductive and menstrual dysfunction.

Vitamin D also plays a role in glucose metabolism and is commonly deficient in individuals with type 2 diabetes. Supplementing with vitamin D has been shown to improve glucose tolerance, insulin secretion and insulin sensitivity in women with PCOS.

A deficiency of vitamin D may be more frequent in women with PCOS and in a small study; five of thirteen women had an overt vitamin D deficiency. Seven of the nine women with no menses or infrequent menses, had a return to a normal menstrual cycle within two months of being given 50,000 IU once or twice per week of vitamin D and 1,500 mg per day of calcium (Borissova et al ., 2003).


Chromium is a trace mineral that enhances the action of insulin. Supplementing women with PCOS, 1000 mcg per day of chromium for as little as two months was able to improve insulin sensitivity by 30 per cent and by 38 per cent in obese women with PCOS( Lydic et al ., 2003).

Magnesium has been found to be low in people with insulin resistance. It also helps with blood glucose control, as well as producing energy, and relaxing the muscles and nerves.

Good food sources include, green leafy vegetables, bananas, avocados, nuts, and seeds. Antioxidants help to combat oxidation in the body, and women with PCOS have been shown to have an increased state of oxidative stress, which requires more protective antioxidants (Gonzalez et al., 2006).

Essential fatty acids (EFAs) are nutritional elements, which the bodies cannot produce. It is important to distinguish fats from EFAs. Fats to avoid include saturated, animal fats or transfatty acids found in commercial processed foods.

Omega 3 fatty acids is usually the type most deficient. Women with PCOS often have chronic low grade inflammation in the body, and EFAs such as omega 3 are anti-inflammatory, as well as having many other beneficial effects in the body.

Alpha linolenic acid is the principal omega-3 fatty acid, which a healthy human will convert into eicosapentaenoic acid, and later into docosahexaenoic acid (Heller et al., 2000).

Omega-3s are used in the formation of cell walls, making them supple and flexible, and improving circulation and oxygen uptake with proper red blood cell flexibility and function.

Linoleic Acid is the primary Omega-6 fatty acid. A healthy human with good nutrition will convert linoleic acid into gamma linolenic acid, which will later be synthesized, with eicosapentaenoic acid from the Omega-3 group, into eicosanoids (Institute of Medicine, 2002).

The potential role of soy foods in the diets of women with PCOS can reduce blood estrogen levels. Flaxseeds are the best plant source of omega-3 fatty acids which can be a good alternative for those who do not eat fish or take fish oil supplements.